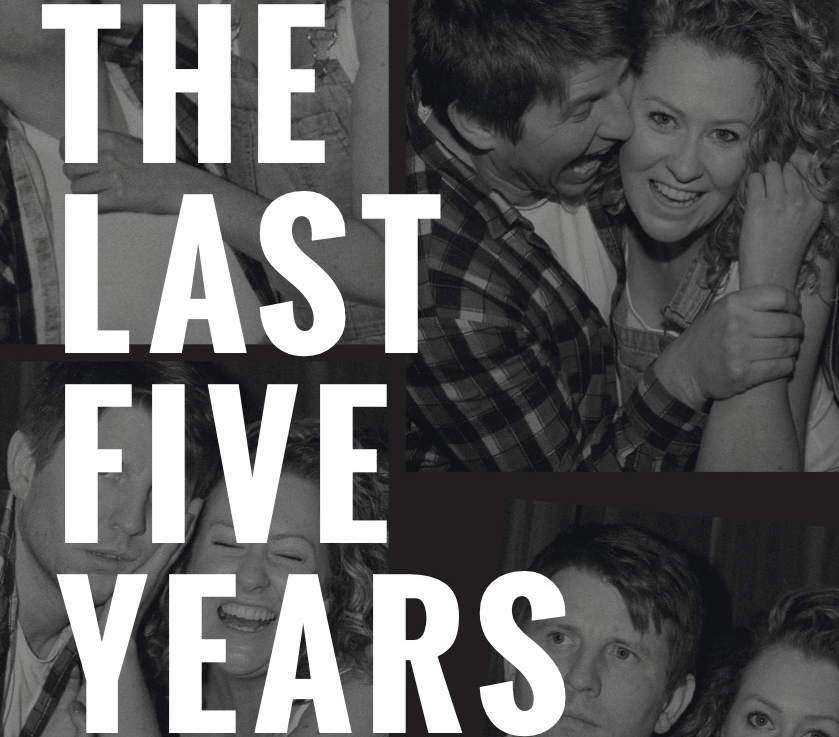 Jason Robert Brown’s Drama Desk Award winning musical, The Last Five Years, is an intimate look at the relationship between two New Yorkers; an actress and a writer, who fall in and out of love over the course of five years.
This modern, one act musical masterpiece is emotionally powerful and searingly honest with a score that has secured its status as a modern classic.
The musical’s unconventional structure pulls the audience in opposite directions with Cathy’s story unfolding in reverse, from the end of their turbulent relationship, whilst Jamie, tells his story chronologically from the spark of their initial meeting. It is a dramatic device that plays on our expectations, taking us on an emotional rollercoaster through the joyous and the tragic.
This production of ‘The Last Five Years’ is presented by Tread Productions and stars real- life married couple Helen Noble (Hollyoaks) and Graham Tudor (West End leading actor). The production is directed by Iestyn Arwel, along with musical supervision by Jordan Alexander and gained outstanding reviews in June 2017 during a run at Liverpool’s Epstein Theatre.
A film adaptation was released in 2014 starring Anna Kendrick and Jeremy Jordan.
Originally Produced for the New York stage by Arielle Tepper and Marty Bell.
Originally Produced by Northlight Theatre, Chicago, IL. in arrangement with Music Theatre International (Europe)
All authorised performance materials are also supplied by MTI.

Beauty and the Beast – Pantomime

Legend – The Music of Bob Marley